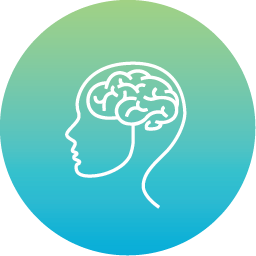 LENS Neurofeedback is a micro electromagnetic field that shows the brain how to reset itself for optimal performance. Clients typically report feeling relaxed and calm with heightened mental clarity and steady emotional resilience. LENS Neurofeedback is not a specific treatment for any one condition, but a general regulation of the central nervous system. New balance in the brain often results in better sleep, focus and moods that together reduces or eliminates most disorders and symptoms.

LENS is very safe and medication-free. During the session a therapist attaches sensors to the client’s head in order to record their brainwaves (EEG waves). For only a few seconds, LENS mirrors back the brain’s faint electromagnetic impulses. This brain-mirroring allows dysfunctional patterns in the brain to reorganize and optimize functions. The information signal is far weaker than the electromagnetic field around a wrist watch, yet it typically triggers the brain to make profound, lasting changes.

While other Neurofeedback devices aim to entrain the brain into new habits of brain wave activity, the LENS system works on disrupting those brain wave frequencies or clusters of frequencies that have been locked together into rigid patterns, and assist in developing more flexibility to pursue the tasks at hand.

What conditions does the LENS help with?

The LENS works extremely well with the symptoms of Traumatic Brain Injury, no matter how long ago the incident occurred. The trauma can be from a physical blow, a concussive injury, a psychological incident (PTSD), or any other incident(s) which results in a decrease in cognitive ability.

Many children have sleep problems that can be helped such as bed wetting, sleep walking, sleep talking, teeth grinding, nightmares, and night terrors.

The LENS can also be helpful with many of the symptoms of adolescence including drug abuse, suicidal behavior, anxiety and depression.

The LENS can also help in maintaining good brain function as people age.

Are you ready to take the first step?

An IFM Assessment begins with you completing the Hale Health Medicine Intake Questionnaire.