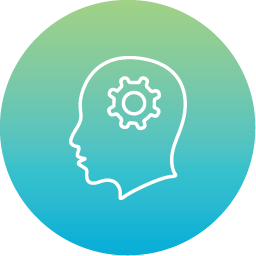 Brain health is synonymous with physical body health. At Hale Health Medicine, our comprehensive whole body-mind assessments are of utmost importance when assessing cognitive function and risk for future decline. Even in patients who already have a diagnosis of dementia, our comprehensive assessments assist in establishing the most likely underlying contributors to the cognitive decline, allowing us to prioritise management plans.

Each patient with cognitive issues is very different in terms of the metabolic (diabetes), vascular, traumatic or toxic injury has occurred to their brain. While diabetes and vascular disease may predominate in some people, traumatic brain injury and poor gut health with systemic inflammation may predominate in others. At Hale Health Medicine, our comprehensive assessments assist Dr. Hale in devising an investigation and management plan that will optimise the chances of slowing or reversing injury to the brain and neurological system.

When dementia is advanced, addressing and managing underlying causes of neuronal brain injury may be less effective in slowing or reversing the course of the disease than in early dementia or when a loss of function is undetectable. Research into optimising or reversing the underlying cause of neuronal damage in dementia is in its infancy, but Alzheimer’s research centres are growing in number all over the world. An increasing number of centres are broadening their focus to include a multitude of factors in addition to genetic factors, especially since clinical trials using single drug therapy have almost universally failed.

Dr. Dale Bredesen, neuroscience researcher and author, introduced many doctors like Dr Hale to the concept that loss of neurons in dementia is due to multiple internal physical body factors (diet, tendency to diabetes, cardiovascular disease, head injury, stress) and external environmental factors (exposure to lead, mercury and other neuro-toxic environmental toxicants).

Although Dr Hale attended a training with Dr Bredesen in 2016, she does not recommend his full Re-Code protocol for Australian patients, citing expense and poor specificity as issues that she feels patients need to be advised about. Dr Hale also feels that Dr Bredesen’s ‘protocols’ for investigations and management are somewhat premature and too complex to be taken on by non-medical professionals. She prefers to use a basic functional medicine approach to individually tailor investigations and treatment, thereby reducing investigation and management costs to the patient and family.

She does however acknowledge Dr Bredesen’s training for teaching her the key contributors to consider when doing cognitive assessments. Dr Hale is now one of the few skilled clinicians using MRI brain volumetrics (using CorTech Labs Neuroquant analyses), in combination with LENS brain-mapping to help characterise underlying brain dysfunction and pathology.

Dr Hale says, “It is becoming increasingly clear that patients are much more likely to improve if they address contributing factors early in memory or cognitive decline. The most ideal time is to start addressing risk factors is before any obvious decline at all. While some people with advanced dementia may stabilise or slightly improve on our program, a lot more effort is required for a small effect.”

Dr Hale also says, “Patients and families should be aware that addressing and reversing risk factors with diet, lifestyle and supplements can often be too rigorous for older patients, and small gains may only be possible with enormous investment in time and resources on the part of family members and willing carers.”

Mould or Mycotoxin illness is a recently recognised systemic inflammatory illness involving multiple organs/systems in the body including the immune system (thereby activating mast cells), the endocrine system, the nervous system and the brain. Anecdotal reports indicate that mycotoxin illness may contribute to dementia and it has been referred to as ‘inhalational dementia’.

In many patients found to have mycotoxin illness, the exposure to mould is not obvious or it has been in the past. Even when a current mould problem is obvious, its significance is often unrecognised or actively denied because it ‘doesn’t seem to be a problem’. The most significant mycotoxin exposure occurs in water-damaged buildings, particularly if the water damage is hidden inside the walls from burst pipes and burst joins behind fridges, dishwashers and other appliances.

The moulds that we live with every day outside in the environment are not the prime suspects, so people don’t need to worry about mould outside the home. Having said that, people with severe longstanding mycotoxin illness can become sensitised to all moulds including ingested moulds in food. Some people live in houses that have been water damaged in the past and have undergone partial repair. In these cases, the mould within the walls may remain largely invisible but may continue to expose home dwellers for years to come. Ongoing mycotoxin from internal water damage is particularly a problem in humid climates. Definitive solutions can be complex and expensive and require input from building biology experts.

Dr Hale says of mycotoxin illness, “Finding evidence of neuroinflammation in a typical pattern on the neuroquant MRI image in mycotoxin affected patients is one of the most satisfying aspects of working in brain health. In such patients, carefully devised treatment plans and modification to the patients’ living or working environment can lead to dramatic improvements in their illness, their mental health and their memory and executive function. However, even in these patients, we still address other possible underlying contributors to brain inflammation including diabetes, pre-diabetes, metabolic disorders, inflammation, trauma, autoimmunity, poor gut health, high toxic burden and vascular disease.

Are you ready to take the first step?

An IFM Assessment begins with you completing the Hale Health Medicine Intake Questionnaire.